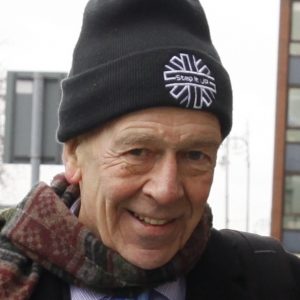 Tony Lowes is an author and director of the Friends of the Irish Environment (FIE), a voluntary network established 22 years ago to improve how EU and Irish environmental laws are implemented.

Despite its minimal funding, the FIE has a record of using the law to win major environmental victories. Last June, for instance, following a campaign by the FIE, the European Commission notified Ireland of its intention to begin proceedings against it in the European Court of Justice, because it was supplying drinking water across Ireland contaminated by excessive levels of toxic compounds known as Trihalomethanes (THMs). Last May, FIE’s legal action succeeded in preserving a 3,000 year-old Bronze Age oak road that traverses a bog in County Westmeath which has been substantially destroyed by peat extraction companies. And in November 2017 while the Irish Court refused their objection to a new runway at Dublin Airport, the case led to a historic Ruling establishing a Constitutional Right to an environment that is ‘consistent with the human dignity and well-being of citizens at large’

Lowes and FIE also have a long history fighting to protect Ireland’s peat bogs – deep layers of partially decayed moss and other plant materials – work that has huge climate implications.

For centuries peat has been a major source of heat in Ireland, producing 40 per cent of Ireland’s electricity by the 1960s. But burning peat for electricity emits more carbon dioxide than coal. On the other hand, conserving peat bogs helps mitigate climate change, since they are major carbon sinks.

The Renewable Energy Directive, however, is undermining Lowes and FIE’s efforts to protect Ireland’s peat bogs, and therefore hindering the wider fight against climate change.  Ireland is now subsiding large-scale biomass burning at its peat-fired power stations through a Public Service Obligation – which derives its legal basis from the RED.

●Peatlands sequester carbon-dioxide from the atmosphere and trap it underground as carbon.

● In 2016, peat generated nearly 8% of Ireland’s electricity, but was responsible for 20% of the sector’s carbon emissions.

● Currently, around 100,000 ha of peatlands are utilised for peat extraction. The majority of this area (80%) is owned by the semi-state body Bord na Móna which has been extracting around four million tonnes of peat annually for energy production and horticultural products.

● Peatland drainage has numerous adverse impacts other than its climate implications, including biodiversity loss, damage to water quality when organic matter released by drainage is treated with chlorine for potable water.

● Indirect support to burning peat through a Public Service Obligation levy to support electricity generation from three peat powered plants when co-fired with biomass is leading to significant increases in greenhouse gas emissions and increasing the price of biomass to home users, forcing them to use more fossil fuels.

“The Republic of Ireland has introduced bio-mass for co-firing in our peat power electric plants with Public Service Obligation support for co-firing 30% of total capacity under the REFIT 3 scheme, therefore giving new life to the plants in spite of using 70% peat for a further 8 to 12 years.

This Public Service Obligation increases the price of electricity and has a direct effect on me as an individual and on the costs of maintaining our organisation’s offices. It ensures the continued destruction of our raised bogs with the damages to our biodiversity, climate, water quality, flood control, and cultural heritage.

As early as 2000 our organisation joined with five other Irish NGOs in a Petition to the European Parliament which opposed the proposal before the Commission to permit Ireland to direct the Irish Commissioner for Electricity Regulation to impose a Public Service Obligation on the national Electricity Supply Board to source a certain quantity of electricity from peat-fired sources on the grounds of national security of energy supply. The imposed PSO  allows for the recovery of excess costs of production from all electricity users with the effect that all users of electricity in Ireland would be required to pay for this environmentally damaging activity.

The continued support for peat powered plants through the use of biomass enables them to continue the destruction of our raised bogs for a further 11 years, imposing on our organisation and myself individually an unreasonable burden in seeking to end the damage.

We have received letters of appeal for help from members of the public  and met residents who had lost bogs beloved of them and their families as a natural resource and places of unequalled peace and beauty, feelings we came to share.” 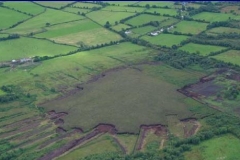 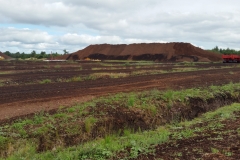 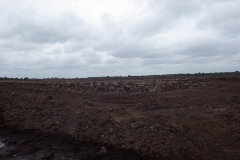 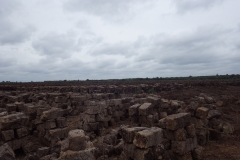 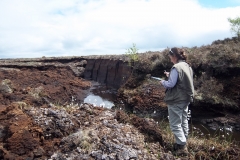 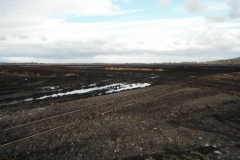 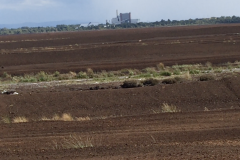 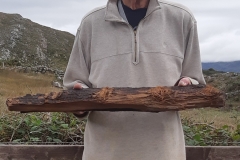