The evidence is clear. To avoid catastrophic climate warming we need to reduce emissions sharply and increase the carbon “sink” – that is, the uptake of carbon into natural ecosystems. Forests are our best hope for taking carbon out of the air.

But ignoring warnings from scientists worldwide and its own advisers, the EU has enacted a renewable energy policy that promotes cutting and burning forest wood as “carbon neutral,” based on the idea that trees will someday grow back.

The current EU Renewable Energy Directive has expanded forest harvesting for fuel, and increased greenhouse gas emissions.  We can expect more damage to forests and the climate under the revised directive (RED II), which comes into force in 2021.

With this case filed in the Court of Justice of the European Union, 6 plaintiffs from the EU and the USA present evidence that bioenergy doesn’t just harm forests and the climate – it harms people, too. Plaintiffs from Estonia, France, Ireland, Romania, Slovakia,  and the USA provide evidence that forest logging and biomass combustion are destroying cultural heritage, accelerating destruction of ancient forests, and harming the health and well-being of communities.

The case shows that the EU’s promotion of burning forest wood contravenes the promises of the Treaty of the Functioning of the EU: to preserve and protect the environment, to use natural resources prudently, to combat climate change, to use science to inform policy, to make the polluter pay.

It’s time for real action on climate – and  harvesting forests for fuel is standing in the way.

On Monday, March 4th, 2019 a precedent-setting case was filed with the European General Court in Luxembourg challenging the treatment of forest biomass as a renewable fuel in the European Union’s 2018 Renewable Energy Directive.

The plaintiffs represent the diverse and also very particular harms that are caused by the biomass energy industry, encouraged by the Renewable Energy Directive. Their sacred sites have been destroyed, they suffer deteriorating health from noise and air pollution, and they have seen ancient and diverse forests destroyed by logging. The powerful negative impact of the biomass energy industry spreads throughout Europe and extends into North America.

Krull is an expert in the pagan religious and cultural traditions of Estonia, where wide scale industrial logging has altered the landscape and desecrated dozens of treasured sacred sites such as forest groves, springs, and rock formations. While Estonia is one of Europe’s smaller countries, it is now the region’s third largest wood pellet producer.

END_OF_DOCUMENT_TOKEN_TO_BE_REPLACED

To oppose the full conversion of a coal plant to biomass, residents of Gardanne in the south of France formed the Association de Lutte Contre Les Nuisances et la Pollution. That conversion, says Auric, “has turned our lives into a nightmare” from excessive noise, smoke, and air pollution, including wood dust from the plant and from continuous truck traffic.

END_OF_DOCUMENT_TOKEN_TO_BE_REPLACED

Lowes, a founding member of Friends of the Irish Environment, has been tirelessly campaigning to shut down peat-burning power plants in Ireland since 2009. These plants were expected to close, until the Republic of Ireland announced a renewable energy subsidy if they co-fired with 30% woody biomass, thus continuing the ecological damage from peat extraction.

END_OF_DOCUMENT_TOKEN_TO_BE_REPLACED

Scientists, activists and conservationists with 2Celsius Network, founded by Cazan, are fighting to protect some of the continent’s last remaining primeval forests, where intensive logging is taking place, much of it illegal. Most of the impacted forests are in the Carpathian Mountains, where conditions for forest regeneration are becoming more and more tenuous.

END_OF_DOCUMENT_TOKEN_TO_BE_REPLACED

Sabo is a forest ecologist with the WOLF Forest Protection Movement, an NGO working to prevent the destruction of forests in Slovakia. An avid hiker, he has witnessed “irretrievable damage by the logging industry,” which has often operated illegally in protected national parks, reserves, and even at a UNESCO World Heritage Site.

END_OF_DOCUMENT_TOKEN_TO_BE_REPLACED

Roberson owns 30 acres of forested land in eastern North Carolina that his family has lived on, farmed, hunted and preserved since 1898. This area is now ground zero for the wood pellet industry – Roberson has witnessed how his “little island of forest” has been impacted by clearcutting of the once biologically rich bottomland hardwood forests around him.

END_OF_DOCUMENT_TOKEN_TO_BE_REPLACED

Booth brings deep scientific background to her work on forest, climate, and air quality impacts of bioenergy. Since founding PFPI in 2010, she has worked with scientists and activists in the United States and Europe for sound, non-combustion based renewable energy policies.

END_OF_DOCUMENT_TOKEN_TO_BE_REPLACED

Collette has worked in environmental advocacy for over 12 years. With the Dogwood Alliance he has conducted numerous investigations tracking source wood for the US pellet industry, documenting the destruction of intact natural forests.

END_OF_DOCUMENT_TOKEN_TO_BE_REPLACED

DellaSalla is an international expert on forest and fire ecology, endangered species management and landscape ecology. His publications include award winning scientific research as well as popular presentations.

END_OF_DOCUMENT_TOKEN_TO_BE_REPLACED

Paun is the founder and President of Agent Green, an organization in Romania that works to ban logging in National Parks and to protect Europe’s last primeval forest landscapes. He’s endured threats and assaults in his hard-hitting exposés of illegal logging.

END_OF_DOCUMENT_TOKEN_TO_BE_REPLACED

Searchinger’s work focuses on fundamental issues of environmental sustainability, the challenges of agriculture and land use, and climate change. His influential work on carbon accounting for biofuels, including woody biomass, underlies the scientific argument challenging biomass energy.

END_OF_DOCUMENT_TOKEN_TO_BE_REPLACED

Turner has spent the last 19 years observing, protecting and advocating for the coastal rivers in southern Virginia. He has witnessed the destruction of ancient cypress tupelo swamps along the rivers to serve the regional pellet producers.

END_OF_DOCUMENT_TOKEN_TO_BE_REPLACED 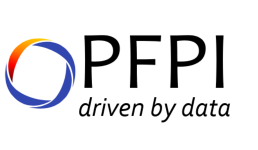